Fuel cell electric vehicles (FCEVs) are an eco-friendly means of transportation that will replace internal combustion locomotives. FCEVs offer several advantages such as short charging time and long mileage. However, the excessive cost of platinum used as a fuel cell catalyst leads to limited supply of FCEVs. There has been extensive research on non-precious metal catalysts such as iron and cobalt to replace platinum; however, it is still challenging to find substitutes for platinum due to low performance and low stability of non-precious metal catalysts.

Conventional catalysts are typically synthesized via pyrolysis, wherein transition metal precursors and carbon are mixed at 700？1000℃. However, due to metal aggregation and a low specific surface area, the catalysts obtained through this process had a limited activity. Accordingly, researchers have focused on synthesizing single-atomic catalysts; however, previously reported single-atomic catalysts can only be produced in small quantities because the chemical substances and synthesis methods used varied depending on the type of the synthesized catalyst . Therefore, research has focused on performance improvement of the catalyst rather than the manufacturing process.

Dr. Yoo clarified, “Through this research, a process that can enable considerable improvement in the mass production of cobalt-based single-atomic catalysts has been developed, and the operating mechanism of cobalt-based catalysts has been elucidated via close analyses and computational science. These results are expected to serve as indicators for future research on cobalt catalysts.” They also added, “We plan to expand the scope of future research to explore not only catalysts for fuel cells, but also environmental catalysts, water electrolysis, and battery fields.” 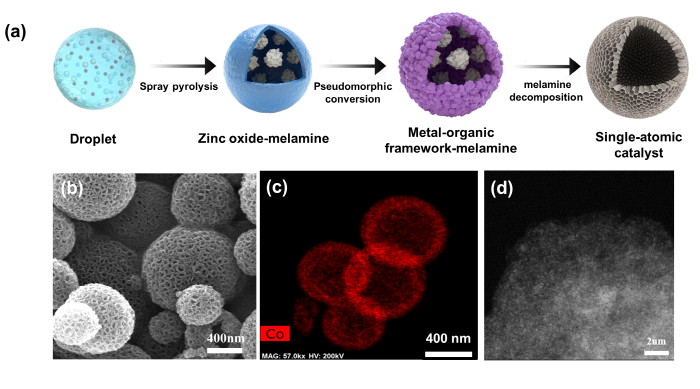 Nanomachines for Direct Penetration of Cancer Cells by Folding and Unfording