Huntington’s disease (HD) is a hereditary brain disease caused by a mutation in the huntingtin gene. HD is a neurodegenerative disease without a cure that, after the onset of the disease at around 40 years of age, causes changes in personality and symptoms of dementia along with uncontrollable convulsive movements, ultimately leading to death. It is known that such HD symptoms are caused by the destruction of brain cells in the striatum due to problems occurring in synapses that are crucial to brain function during the progression of the disease. However, the specific mechanism behind brain dysfunction during the progression of HD has not been fully elucidated.

The research team lead by Dr. Jihye Seong and Dr. Hoon Ryu, principal researchers at the Brain Science Institute (BSI) of Korea Institute of Science and Technology (KIST, President Seokjin Yoon), was said to have found significantly reduced activity of focal adhesion kinase (FAK) proteins that play an important role in neurite motility and proper synapse formation in the brain tissues of patients with HD.

Activated FAK proteins play an important role in brain function as they are essential in neurite motility and proper synapse formation. The KIST research team identified a significant reduction in FAK activity in HD cells and mouse models, as well as brain tissues of HD patients. These results were also verified through accurate measurements of FAK activity in live cells using a fluorescence resonance energy transfer (FRET)-based biosensor.

Phosphatidylinositol 4,5-biphosphate (PIP2), a phospholipid found in the cell membrane, is essential for the activation of FAK proteins. Using super-resolution structured illumination microscopy, the research team found that PIP2 in HD cells was unusually strongly bound to the mutant huntingtin protein, inhibiting proper distribution of PIP2 throughout the cell membrane. This abnormal distribution of PIP2 inhibits FAK activation, which hinders proper synaptic function, causing brain dysfunction in the early stages of HD.

Dr. Seong said, “The pathological mechanisms of synaptic dysfunction in patients with Huntington’s disease revealed through this study could be utilized as a therapeutic target for the treatment of brain dysfunction.” Dr. Ryu said, “Because the results of this study show the pathological mechanisms found in actual brain tissues of patients with HD, I believe it has a greater significance in suggesting a new therapeutic target for human degenerative brain diseases.” 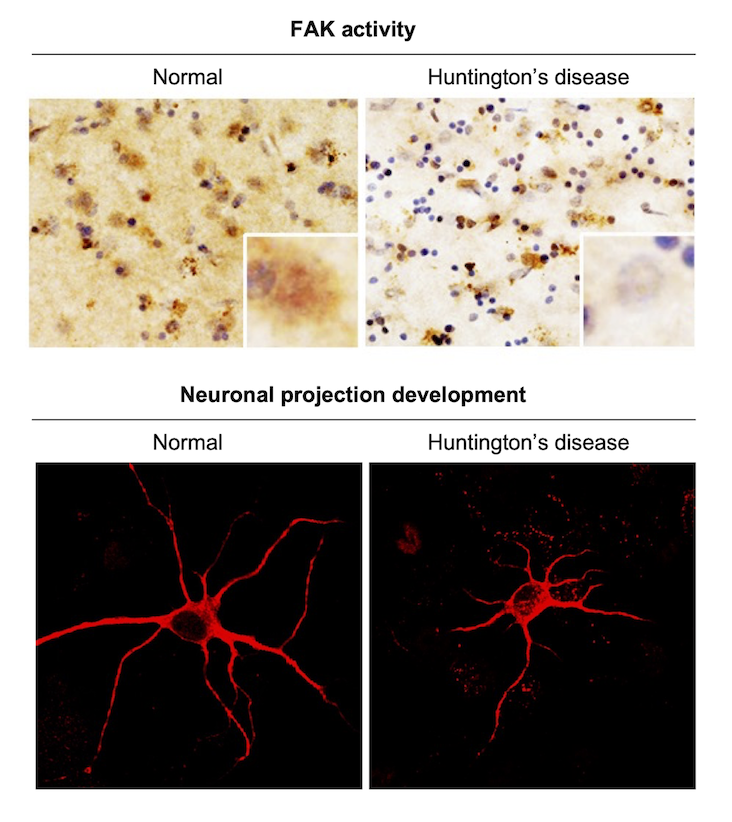 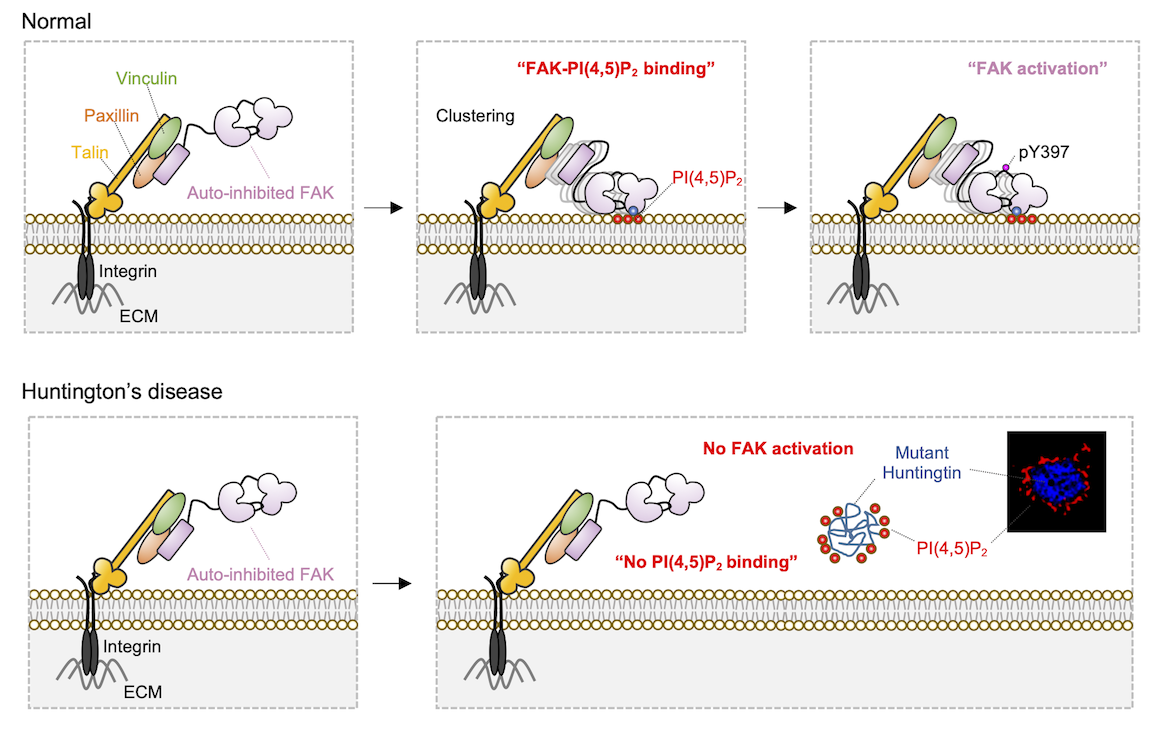